History of the Department

Birkbeck's Department of Computer Science and Information Systems traces its roots back to the Computer Laboratory founded by Dr (later Professor) Andrew Booth as part of J.D. Bernal’s Department of Crystallography. Andrew Booth, assisted by research assistant Kathleen Britten who was soon to become his wife, began building the college's first computer, using relay technology, in 1946. 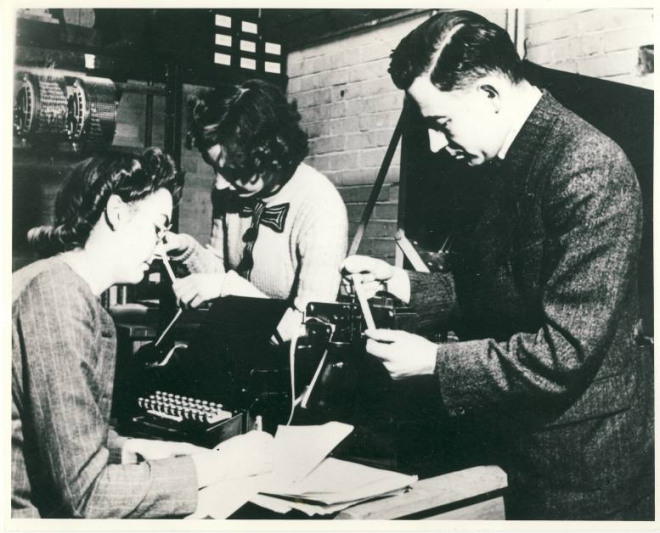 A key shared moment of both academic careers was an extended visit to the Institute of Advanced Studies at Princeton, USA in 1947. The trip, following up a short visit the previous year by Andrew Booth alone, came at a critical time in the early development of electronic computing and allowed them to work with John von Neumann who was one of the most influential early computer pioneers. The visit convinced them that the Automatic Relay Calculator (ARC) they were building should be redesigned in accordance with what is now commonly known as a “von Neumann” architecture. Together, Andrew and Kathleen Booth wrote a widely circulated paper entitled “General Considerations in the Design of an All-purpose Electronic Digital Computer” which examined the options then available for building each component. The construction of their first electronic computer, called SEC (Simple Electronic Computer), was completed around 1950.

From the start, Kathleen Booth was closely involved in the building and testing of the computers that Andrew Booth designed. Getting these early machines to work involved a combination of testing the electronics and then checking that the programs executed correctly. In 1953, they co-authored their best known book entitled “Automatic Digital Calculators” which ran to three editions. As part of her software development work, Kathleen developed a very early assembly language for their computers and in 1958 she published a book on software entitled “Programming for an Automatic Digital Calculator”.

Their best known machine APEC (All Purpose Electronic Computer) was designed in 1949. In 1951, BTM used its hardware circuits as the basis of the design of their HEC1 computer which evolved directly by the end of the 1950s into the bestselling British computer with a total of nearly 100 machines installed known initially as the HEC4 and later renamed the ICT 1201. A paper, based in part on interviews with the developer of the HEC1 who became a research student of Booth, has been published. 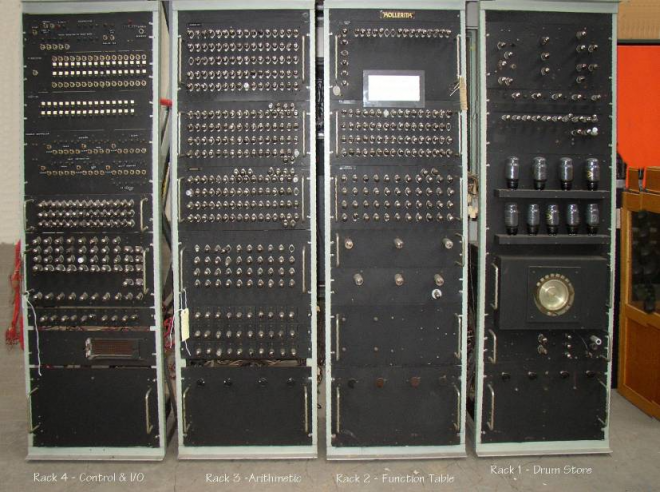 Andrew Booth published an algorithm for a parallel multiplier which still forms the basis of the multiplication circuits in modern computer chips (the Booth Multiplier). The Booths also pioneered rotating memory devices. Due to engineering problems, they failed in the late 1940s in an attempt to build a workable disc but succeeded in building the world's first drum store which were widely used in the 1950s for both main memory and backing store.

The Booths were also pioneers in natural language processing and artificial intelligence. Andrew Booth was fortunate to meet Warren Weaver of the Rockefeller Foundation on a visit to the USA in 1947 who was trying to interest computer experts in the problem of natural language translation. Weaver provided funding to the Booths to work in London on the problem and this enabled them to do pioneering research within the natural language community. Later, Andrew Booth co-authored with a research student the first paper on the application of the binary tree to the management of data in computers.

The Andrew and Kathleen Booth Lecture is delivered annually by a distinguished computer scientist and commemorates the Booths’ work in creating at Birkbeck some of the world’s first electronic computers. They also pioneered interdisciplinary research between computer scientists and other disciplines, initially through their work with J.D. Bernal on the analysis of crystal structures and subsequently in natural language processing.

In 1962 the Booths left to pursue distinguished academic careers in Canada. Following their departure, the department ceased its hardware activities which were already in decline as the costs involved in maintaining a hardware laboratory escalated. The work on natural language continued together with research on numerical methods and other aspects of computer science. The department also changed its name to Department of Computer Science.

Read more about the department’s history in A Short History by Dr Roger Johnson, produced for the 50th anniversary celebration in May 2008. An abridged and adapted version is also available.

You can provide consent by clicking the "I Consent" button or by canceling this cookie notice.

Cookies are small text files that are placed on your computer by websites that you visit.

site cookie - this is set when you visit the site and deleted when you end your browsing session. It is used during your session to help the server work efficiently.

analytics cookies - these gather information concerning the way in which you use our web site.